Flight attendants or air hostesses have worn a staggering and extravagant array of outfits over the past 80 years in the air.

Right from the advent of commercial aviation, flight attendant uniforms were often a part of the package. They have always been mandatory right from the get-go.  In the earlier days, the air hostess uniforms were almost nurse-like and the designs were meant to inspire confidence in the minds of the flying public were still skeptical about the safety of aviation.

As airlines strove to outdo one another in their marketing, the uniforms have also changed considerably. There were uniforms that were quite memorable but not very practical. One airline had its flight attendants wearing bubble space helmets with bright candy-colored coats. The hats ended up taking lots of space in the overhead bins!

Some of the flight attendant uniforms have been sharp and ageless, standing the test of time over the years.

The first ever company to hire female flight attendants was Boeing Air Transport. They had a dark green woolen uniform that had a heavy cape and a cap. The attendants also wore the block-heel Oxford brogues to ensure stability. Since the planes also had to land frequently to refuel, the capes helped the flight attendants stay warm during pit stops. 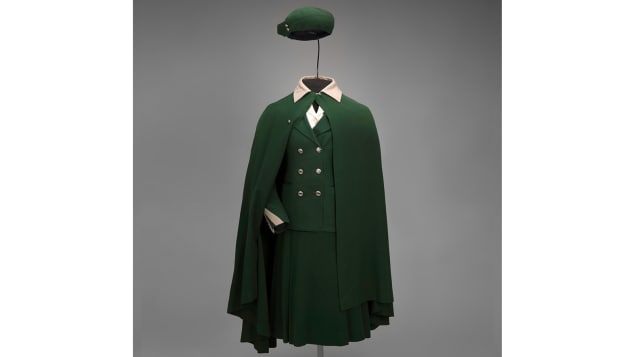 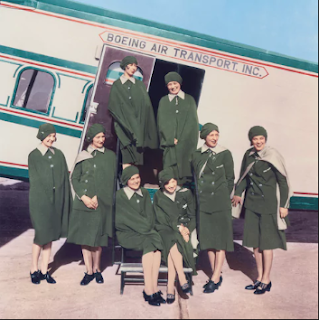 Posted by freerange at 5:06 PM

Love the post? Send us a small token via Bitcoin 13fCveunPaUsfmcuorv8UdWcJ8214J48Zv